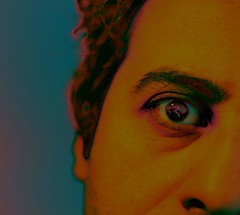 Anxiety and resistance to care in dementia are common issues related to deterioration of the frontal lobe (insight and judgment) and the hippocampus (short term memory).  Caregivers frequently find this lack of cooperation and anxiety more exhausting than the actual  physical labor involved in providing care.  It seems that no amount of encouragement or bargaining will improve cooperation at times.

In theory, it is possible to “trick” the brain into releasing chemicals that produce a feeling a well being and trust, which may in turn improve cooperation.  Some of these techniques are evidential, some anecdotal.  Try it for yourself and let me know if it works!

So what can you do to invoke trust in someone you know?  Can you confide a secret?  Or ask them to hold your wallet for you while you take the trash out?  Entrust them to guard your valuables, and then gush with appreciation and gratitude about how trustworthy they are.  Reward them with a neck massage.  Get those brain juices flowing!

Read more: Use of Weighted Blankets in the Elderly | eHow.com http://www.ehow.com/way_5799640_use-weighted-blankets-elderly.html#ixzz2JkSRQfje

Previous: Kenny Chesney: While He Still Knows Who I Am
Next: Hypermetamorphosis